Chronicles of Sebastian - Love and Relationships in Nigeria

Love … I believe no other topic has received as much attention as love has. Even though there are countless movies, songs and books on love and marriage, this magical concept never seems to become boring. Since this blog is mainly about relationships, I’ve decided to write a piece on love and relationships in the Nigerian context. Now before I start let me just establish that I am no expert (at all!!) in this area. So far, I’ve never “seen” anyone (please don’t say “eya”… I’m fine :D) and most of my findings are purely based on observations, conversations, “almost-relationships” and books.
Nevertheless, I’ve observed a few general differences in the different ways Nigerians and Germans approach love: 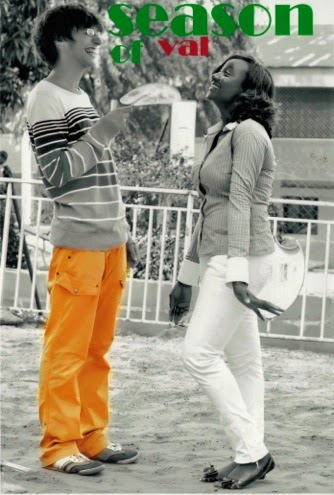 1. Most Nigerian men and women follow rather traditional gender roles. A few decades ago, the majority of Germans had a traditional understanding of the roles of men and women. While men were supposed to lead, earn money and have the last say, most women had to stay at home, take care of the children and cook. Nowadays, if you propose this kind of relationship, you almost get stoned for doing so! It is not rare for women to have jobs, start and stop relationships and to be more educated than their boyfriends (marriage is far less popular among young people). While I was in Nigeria, I noticed that although many women do live in an independent manner (e.g. by receiving University education), there is an invisible moral framework that seems to propose that at the end of the day it is the woman’s job to fry plantain and the man needs to pay the bills. I was quite astonished how women did their chores without complaining and how many men took their work for granted. In German society, that kind of role distribution is not a given anymore. 2. Nigerian guys seem to be more confident in their approaches. As I said in my last post on Naija worship, most Nigerians don’t seem to be too shy. This also applies to relationships: I’ve met a lot of Nigerians making confident proposals. Without even knowing a girl particularly well, some of my classmates asked girls out without much fear of rejection. When I showed them some family pictures, several guys expressed 'serious interest' in one of my sisters. I’ve tried to scare them away with a test (“you need to pass these five areas”) and by telling them about linguistic and cultural barriers, but that did not break their assurance that they were the right ones. I got the impression that some boys just 'go ahead and try', not minding whether they might be turned down or not.
In one way, being aware that some Westerners tend to make things too complicated, I admire this approach, but in another way, some proposals did not seem to be thought through very well. One day I turned down an offer by a lovely lady, telling her that it does not make sense starting a relationship because I would be going back to Germany soon, which would only cause unnecessary heartbreak. Her response indicated that she did not really consider that too much… Anyway, Nigeria is a good place for white singles 'ready to mingle', since proposals are almost guaranteed lol :-) 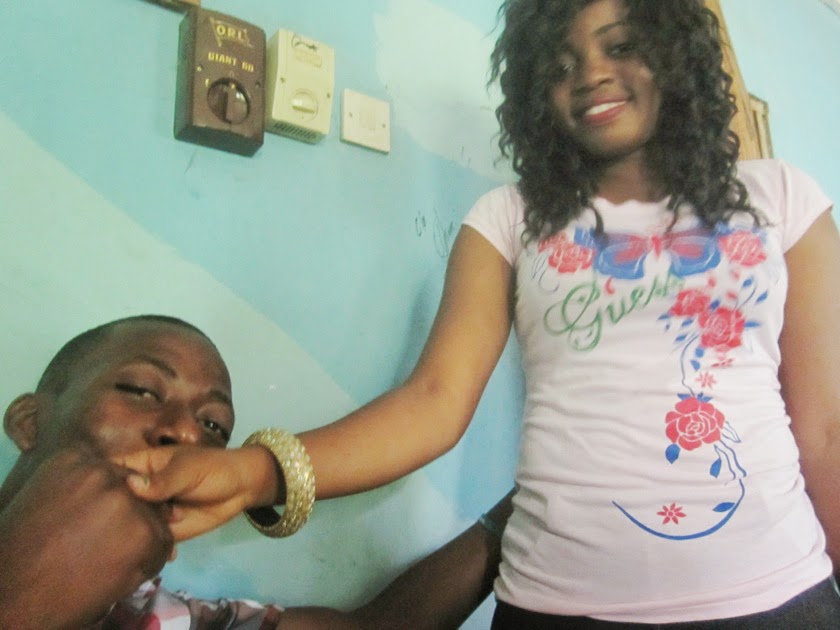 3. Money plays an important role in relationships. I absolutely LOVE the song 'Eminado', it is soo addicting and up-lifting. Yet, listening closely to the lyrics, I’ve noticed how the first verse reflects a common Nigerian thought pattern when it comes to love:

What do you want from the bank
I just dey come from the bank
And I get money to throw 'way
So everybody oya oh eh
Rocking her body….

I guess some people caught this idea that a man should spend some money on 'his girl', take her out to somewhere fancy like Shoprite (Ayo says: Sabs seriously, you think Shoprite is fancy?! LOL), and in return he gets to see her “rocking her body". While I’ve seen many Nigerians (including people on this blog!) having far more noble motives, I cannot deny that money (or the lack thereof) influences some relationships from the very start. I’m not even talking about sugar daddys, but about regular people, like a man who once told me that certain girls would not even look at or respond to him unless he wears the right kind of cloths; or a woman struggling to pay for her new hair extension that seems to be a monthly obligation…
However, I do believe that it is wise to have some sort of financial foundation before starting a family, which a lot of (especially Igbo) people seem to emphasize. We have a German idiom saying this: “Man kann nicht nur von Luft und Liebe leben”, which roughly translates as “You cannot survive only on air (Luft) and love (Liebe)” (Ayo forced me to teach you some German, that’s why I’m doing this :)).

4. Love is not celebrated publicly. While in Germany it is a common sight to see couples hugging or kissing in public, I did not see one single couple do that in Nigeria over a time span of over five months - not even during a (very joyful :)) traditional marriage. A Nigerian priest who went to Germany mentioned how he was shocked that we white people do these kind of things publicly. I think I understand both point of views and I do believe we oyibos should behave more modestly in the public arenas. However, I have to admit that I sometimes missed the occasional hug that we Germans give each other as good friends. Anyway, I’d appreciate your comments, maybe you can tell me why some things are done in this or in that way… 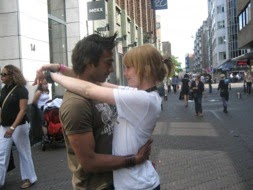 5. Nigerians are beautiful! Well, that is quite a general statement, but honestly: The longer I stayed in Nigeria, the more I appreciated the people, their characters, their facial features, their fluffy hair (keep it natural-o! ;) ), their strong skin, their laughter, their white teeth and so on. Before I came to Nigeria, a lot of Africans seemed similar to me and I had a hard time distinguishing them. Meeting all kinds of different Nigerians helped me to cherish each one of them. I’m just saying this so that you can stay true to who you are, because God made everyone in a unique way and I just love this inward and outward diversity :) A lot of Germans and Nigerians asked me whether I’d marry a Nigerian girl and let me just say that outward appearance would definitely not be a problem lol… 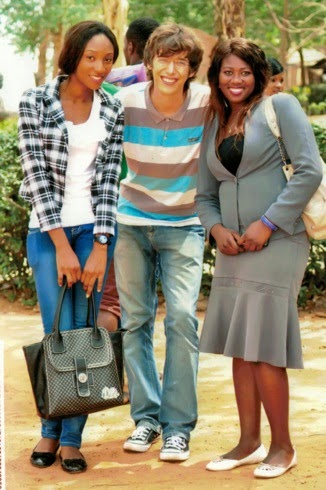 Despite all of these differences, love is universal. There is no such thing as Nigerian love or German love, I think everyone everywhere can get electrified meeting a good boy or girl. While our ways of expressing love might be different, everyone has his or her own stories of love, lovesickness and so one. Even the Bible’s teaching of love is universal and timeless: true love both requires and fosters selflessness, sacrifice, care, joy and a strong relationship with God. I’d just recommend that we stick to God's principles and to stay close to His heart, and everything else will follow - wherever you are. And keep following this blog, there are some precious nuggets of wisdom to be found here :) 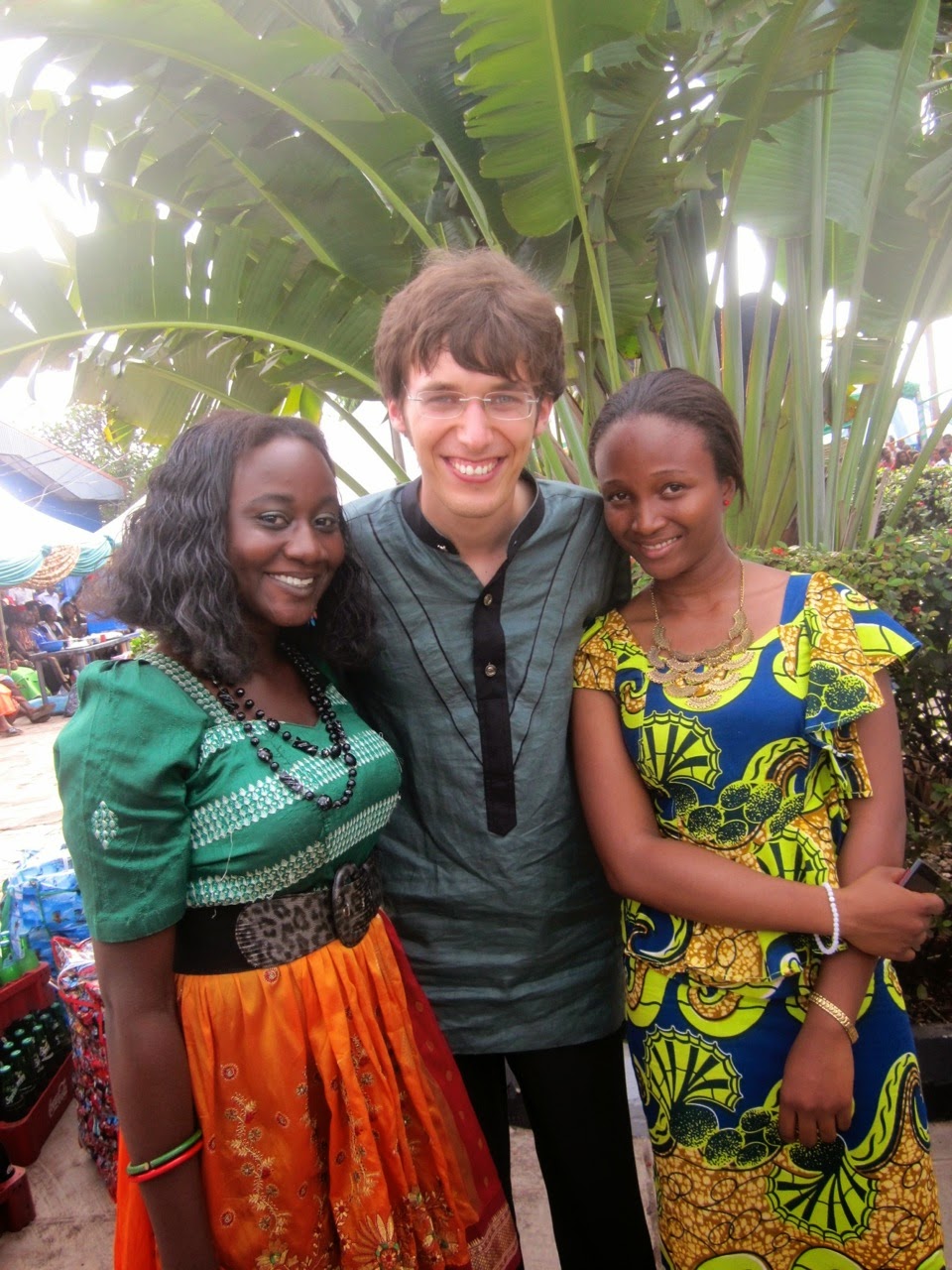 Thanks a lot Seb! I absolutely enjoyed reading this and as always, there was a lot to laugh about too! I also really liked the way the article was concluded, reminding us of the universal nature of the love of God. It's rich in diversity and does not discriminate - It's a wonderful thought to imagine that we are all covered under that love and as Christians, can get to relate with others in the same way.

PS Apologies for not publishing yesterday. Chronicles of Sebastian comes up on Wednesdays! For all previous posts, please click HERE.. Join Sabba again next week Wednesday..I look forward to what he will be sharing with us!

Email ThisBlogThis!Share to TwitterShare to FacebookShare to Pinterest
Labels: Chronicles of Sebastian