You know I have heard this phrase so much it’s becoming old and irritating. It’s used to excuse cheating partners and husbands, tolerate bad behaviour and accept nuisances.


“Don’t worry, at least it’s you he chose”..
Perhaps, I don’t really understand the meaning of that sentence fully. Yes, I know that the man finds the wife as stated in the bible that “when a man FINDS a wife, he finds a good thing and obtains favour from the Lord”. Actually, it is a thing of pride and of joy to be ‘found’ but many people have used and abused that syndrome.
When a man is cheating on his girlfriend or wife, people are quick to ‘reassure’ her that “don’t worry it’s you he chose”.
When a man is not providing for her as he ought to, she is quickly reminded “don’t worry it’s you he chose”.
When he is grossly misbehaving, it is made known to her “don’t worry it’s you he chose”
The worst part is when he misbehaves and he starts to tell you that “don’t worry love, the other girls don’t matter,  it’s you I chose!”
So he ‘chose’ you ey?  Did you not ‘choose’ to accept?
Many times, some women are led to believe that the man is doing you a favour by being with you or that he has bestowed upon you an honour by making you his wife/girlfriend. Yes, I do agree that it is honourable to be ‘wifed’ to a GOOD man, emphasis on good. It is pleasant, it is beautiful, it is indeed a blessing. The bible did say that two is better than one; that if 1 can put a thousand to flight, then 2, ten thousand. You have a covering, you have a shepherd, you have a companion, you have a lover, you have a partner in life. It’s no longer a solo journey in life; you now have a friend to go through it with, you have a confidant and you have someone to share both the burdens that life sometimes bring and celebrate the joys of different days.
I know that sometimes societal pressure mostly on ladies make some guys feel that when it comes to marriage they have the advantage. Also, statistics don’t help matters either as it is said that there are twice the number of women in this world than there are men, hence it seems like men are ‘scarce’ resources.  Nevertheless, it is important that you are not made to feel that he is doing you some kind of favour by being with you.
Isn’t it interesting that the bible says that it’s the man who finds a good thing and obtains favour from the Lord when he finds you. When you know your worth as a woman of God, it is difficult for any man to devalue your worth by making you feel that he is doing you some form of favour by being with you and that you should accept and excuse a lot of excesses because of that.
A good starting point is by renewing our mind, our thinking and the things we’ve been told and made to believe. We need to keep reminding ourselves and speaking it if possible “I am a good thing, any man that finds me will definitely find favour with God, I am a blessing to any man that finds me and that I agree to be with”.
We need to start believing what God says about us in His word. Don’t accept a half-baked relationship/proposal or marriage.
If you are currently with someone who doesn’t appreciate you or treat you in the wonderful way you ought to be treated then it’s time to boldly exit the scene and wait for someone who knows how to identify a treasure and handle it. When you carry a teething child and give he/she your diamonds, they will put it straight into their mouths as if it were a pacifier. This is because they do not recognise its value, to them, it’s just another toy or instrument to relieve their discomfort. On the other hand, when you give that diamond to a grown man or woman, they will treat it with the utmost care and handle it delicately. We need to stop being in relationships with toddlers and start talking to grown men who know the value of a good thing and can appreciate it.
Yes, he chose you, but in choosing you lady, he chose a good thing and by choosing you, his life just became better! Know it, thank God for it and take pride in it!
Posted by 1 + The One at 12:56:00 20 comments:

Email ThisBlogThis!Share to TwitterShare to FacebookShare to Pinterest
Labels: Relationships, Worth it

It's been a while since I wrote to you. I know I speak to you quite often (not as often as I would like though; all faults being mine!) but as I have stated before, there's something about writing a note to you. Sometimes I'm able to write to you the things I cannot quite say.

I don't really know what to write but let me start by stating that I love you and I love the way you make me feel about myself. Your love for me inspires me to believe so much in myself and the plans that you have for me makes it worth waking up day after day and stand even when things aren't looking so 'up'.

So,I'm still struggling with waking up early to spend quality time with you and even though I have taken to making the sitting room my new bedroom so that all I have to do in the morning now is sit up and talk to you, meehn it hasn't quite worked out, lol... Infact my body goes into a new sleep-drive once the alarm goes off! Eek! I need your help!!

I am still a confused little girl at the moment with regards to the ONE.. Even though I know it's not my job to worry about it, I still do! I want to make sure that he is everything I ever dreamed of or wanted and I keep trying to meddle and try to make 'things work' but again and again it seems that you keep saying to me "Relax child, I'm still very much in control, just let it go.. I gat you" :-)

So Daddy, your little girl is laying it at your feet and watching you have your way. Who better to hand-pick my Love than my First Love, but I ask that you give me grace to be patient and trusting completely!

I look forward to time in your presence tomorrow with your other precious children. 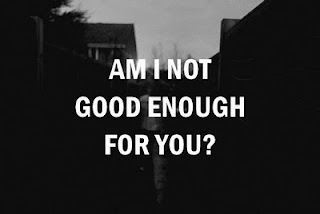