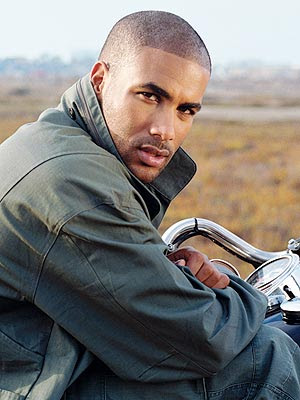 How goes it? I stumbled upon this write up on someone's hi5 page, it was soo funny, I just have to share it!! (You see, I really do think about you!! :-)

It was just like any other day, the sun shone the same way it had been shining since the beginning of time, the same sound of everyday activity, the same set of people going about the same job, all around me people carried out their mundane tasks, but to me, it was not an ordinary day it was the day I had been waiting for I had longed for a day like this since like forever.

Though I have been greatly anticipating this day, I have mixed feelings about it. Don't get me wrong, I am filled with euphoria, but you know how you get like butterflies in your stomach when such a day comes. You want everything to be perfect, you want none of your plans to fall out of place, and you pray and hope for the best. Anyways, so far so good, nothing seemed out of place. I went to the dry-cleaners to pick up my outfit for tonight.

My lovely dress was ready and waiting for me hanging beautifully just behind the reception desk. I'm sure even the dry-cleaners felt proud at being giving the task to clean such gorgeous attire (it is my most outrageous expense, but worth every penny it cost) As soon as I got home, I took my time to get ready; my friends kept calling to ask "how I felt", "what was going through my mind", "how envious they were". I only managed to get them off the phone by promising to give them the whole gist of the evening.

Finally, I was ready and good to go. I took a final look at the mirror in the foyer and had to admit to myself that I looked absolutely fabulous (even I have to say so myself). The assigned chauffeur was waiting patiently for me by the limo, I stepped in gracefully as if I had been riding one all my life (yeah rite).

Walking into the restaurant, I had to struggle to keep my cool cause all I wanted to do at that moment was scream and jump for joy to release the tension in my body. Then I saw him waiting patiently for me like the gentleman I had heard he was. He was signing on a tissue for a young woman and her daughter, and then he looked up and gave me one of his famous smiles that have been known to drive girls crazy.

I sauntered up to him like a model strutting her stuff on the runway (at least that's how it seemed to me). I could hear him saying "Hello, Boris Kodjoe, but please feel free to call me Boris" I smiled and said "Hi, One plus the One, feel free to call me One plus the one (like duuh!! Why I said that, I am still wondering). We both laughed and I guess that kind of broke the ice, he took my hands and was just about to say something when I heard someone call my name out loud, strangely it sounded very familiar, I thought I was just hearing things when I heard that noise again, then I opened my eyes and saw my mum shouting my name saying, "ONE look at the time, you are still sleeping!!"

P.S I am soo excited/happy/joyous...lol, I just discovered how to attach pictures and videos!! Makes for even more exciting blogging!! hehehe... I just realised I had been getting one tiny part wrong, gosh I am soo bush, God help me! lol.

P.S2 I don't know why but I am so loving Naeto C's "Kini Big deal". Maybe just for the heck of it, I would upload the video- just to show off lol. (I would be doing that also to my previous posts so erhmm expect moreeee...yipee yayo eyyy!!

P.S3 Ok I just tried to upload the video and it's not exactly going according to plan so erhmm please I still need help with uploading videos :-(
Here's the link to the video though

Email ThisBlogThis!Share to TwitterShare to FacebookShare to Pinterest
Labels: Bush

How goes it? (that's my new greeting slang-oh well, at least until I get a new and "cooler" one" lol)

You know as a young Christian I find it hard sometimes to mix Christianity and being cool! Don't get me wrong, I don't think for a second that it's boring to be a Christian but sometimes the avenue to be cool is not very "Christian". For example, today I saw an article online and I wasn't sure if it was alright to like it lol... (I did anyway, like it I mean!)

For instance, is it alright to appreciate and make comments about hot guys? Is the word hot/sexy appropriate in describing someone of the opposite sex?? Don't think I'm being extreme, picture this - you're in church, the pastor's son/daughter looks really nice and you're like "oh my, you look HOT!!" lol... On the other hand, if you were talking to your non-christian friend and you say the same it's not that bad and then you feel bad cause it's a bit hypocritical! lol...I know my imagination runs crazy sometimes!! But, I still wonder...

How do I dress up without mis-representing my belief?? You see I love short skirts, shorts.. and erhmm I don't know.... How do you proclaim your faith with punctuating most of your words and actions like "by the grace of God", "it is well" without seeming like a fanatic??
I know sometimes the answer seems pretty straight forward but in practice it's not as easy as it seema..

You know how it is when you are chatting with your friends at school/work or someone you just met and they are talking about things you have strong views about such as sex before marriage (yeah, that sensitive subject!) drinking, clubbing, abortion(trust me, it is becoming quite the norm, ask Marie Stopes!) etc etc.. It's you against like 5 to 10 people and you are like erhmmm.... lol

Just to encourage you, you are not the only one who struggles with it, even the best of us find it difficult! I mean I wanna be "cool" too, say "cool" words, act "cool", do "cool" things, lol.. I put the word cool in quotation marks cause it's quite relative. It has been quite misused over the years and the wrong things have become the new "cool" but always remember that the bible says in Romans12v2 that we should not be conformed to this world... Don't do things cause everyone is doing it, you have to draw the line sometimes and stand for what you believe in! It's hard but by the grace of God (yeah, that phrase :-) it is very possible.. Remember you are not in it alone, God would give you the grace and the strength to do it!!!

Not to say for you to completely let go and become frumpy!! NOPE! Be a pacesetter, fashion-wise and in other areas, endeavor to look gooood, I mean you have a beautiful God clothed in majesty, REPRESENT!! There are many ways to be cool without compromising!! You don't have to look or act dry to be a bona fide Christian lol..

Develop a good sense of humour, be charming, charismatic... Walk with a swagger (it's not a sin :-) Be polite and nice to people..that's cool! Learn how to dance well. Harness whatever skill you have, be it dancing, singing, poetry, rapping, comedy....anything! Explore all your potentials... Let others see you and envy you!! REPRESENT!!!

Email ThisBlogThis!Share to TwitterShare to FacebookShare to Pinterest
Labels: Random

Heyy
How you doing? Hope the cold isn't getting to you (for non-UK dwellers, it's getting quite cold in Britain) I would surely miss summer a lot! Now would be a good time to have a significant other to cuddle up to :-)

I'm not really feeling inspired at the moment but feel it's necessary to drop in. Let's see, anyone interested in politics? What do you think of the furore that is the impending US elections? The whole world is agog with news of every single development. If Obama sneezes, Malawi would find out how long it occurred for, if McCain smiles, Bangladesh would want to know why! Oh well it's prolly cause the US economy affects each and everyone of the other countries in the world. The position of the American president is known to be the most important and whoever holds it is thought to be the most important person in the world! All the best to both candidates and for the sake of the rest of us, may the best man win!

Talking about America, something funny happened to me so maybe I'll just share (the danger of sharing personal experiences is the risk of getting found out hence my reluctance to talk about personal issues :-). Anyways, back to the story at hand, someone I know (reasonably older than me) called me out of the blues one day and after the opening pleasantries asked "would you like to marry my brother?" I was a bit taken back by the unusual "proposal", I would have just laughed it off but the seriousness of the conversation made me hold myself. Let me say here that I am not well disposed to "hook-ups" i.e a mutual friend hooking me up with someone they know.

Reason being that if things don't work out, it becomes a bit difficult to maintain a cordial relationship with the "hooker" lol. Oh well the said brother leaves in America and was looking for a wife.... By the way, I don't think I mentioned to my friend that I was looking for a husband at any point in time :-) Suffice to say it didn't really work out, we were introduced but erhmmm, let's just say he didn't quite "rock my boat" hehehe (I hope the feeling wasn't mutual, lol)

What can I say I didn't really like it but it's the thought that matters and I am quite flattered that my friend thought me a worthy wifey for the precious brother..

Have to run now, there's a nice Nigerian movie waiting to be watched!
God bless xxxx
Posted by 1 + The One at 20:12:00 No comments: