Conversations with One - How Important is Money in Relationships?

Thanks to everyone who checked in and asked after the panel:-) We loveeee you!!

A little introduction for first-timers:

Conversations with One is a chat-series on the blog.


Each week, the 1 + TheOne panel (made up of beloved and very wise friends with a variety of personalities) and I bring you snippets of our 'round-table' discussions from a male/female perspective.. We talk about any and every thing!!

Ladies! Have you ever wanted to get into the mind of a guy? (I know I do! lol), and for guys, I bet once in a while you wish you could just read her mind! Well hopefully week after week, we get to bridge that gap!

You can have a look at the last conversation where in the spirit of the month of Praise, we thanked God for 'missed opportunities'. You can read it and other previous episodes HERE.

This week on Conversations with One *cue music*:

"She no want designer, she no want Ferrari, she say na my love oh..."

Many of us have heard that popular song by the Nigerian artiste that explains that his love-interest is not bothered about material things, but just wants his love.. Now this week, let's discuss:


"How Important is Money in Relationships?"

Now this topic is really broaddddd! But I hope we can narrow it down with some questions:

1. Is it possible to have a successful relationship (courting or married) when money is absent or when it's in excess?
2. Should money be present before you consider marriage?

Ms PYT: I have missed the series and I'm so glad we're back.

Personally, I feel money is a very important matter in relationships o! We all say that line "money is not everything" or "don't marry or date someone because of money" but erm... Who wants to date a broke guy. lol‎


One: Question of life!! lol

Ms PYT: I think it's going to be difficult to have a successful relationship without investing financially in it. No matter how little or how broke the guy or girl is, they must at least buy birthday gifts etc. You can't be singing "I'm broke" everyday now!
I'm seriously thinking on how best to explain this money issue because it's a broad topic, maybe I'll just answer the points you raised.
Is it possible to have a successful relationship when money is absent? AT FIRST, yes, but having in mind that money will be present in the next few years, maybe the guy is still a student and you know he'll finish soon and get a job but when the guy is just a broke guy and you don't see any sign of him making it, abeg flee! To be honest nobody wants to suffer.

Ms UTA: Hmmm, the Bible says a man should provide for his family, that's why it says a man unable to provide for his family is worse than an infidel because I believe he brings shame to God (1Tim 5:8). Therefore, every man who desires to have a family must be diligent, get a good education/learn a good trade, use his God-given gift because no one was sent to this earth by Baba God without a gift/talent to enhance his/her income. No woman, I repeat, no woman will be happy if there is no money to care for the home and children.

Let me share a real-life story. There's this married couple that the husband has not worked for almost throughout the duration of their marriage (over 15years!). His reason? He is very qualified and has not seen a job commensurate to his qualification hence he cannot demean himself in that manner (Did I hear you say what??!) - True story. As you can imagine, it is mega frustrating for his wife and has affected their marriage very negatively! Wife has had to look after the home and children with no support from her husband. You cannot imagine the frustration of going to work from morning to night and coming home to meet your husband in the same spot you left him, day after day!!


To be honest, some men are just irresponsible - and hide it under different excuses! A responsible man would do any kind of job to provide for his family!

One: Wow, can qualification feed a family?! I cannot imagine being in that position.. I have always said that for me, if a guy is too selective about a job (when he is dire need), alarm bells start ringing! There was a guy I admired a lot and would marry just because he was a serious hustler! Nothing was too 'below him' to do.. In my mind, I was thinking "if I end up with this man, I know that I will not go hungry!" lol.. Today, he is very comfortable - but he paid his dues!

Mr JohnNash: Guys I have learnt again and again, marriage comes after work. Notice I did not use the word job. God gave Adam work before he created Eve. I think the guy must be involved in something, passionate about something, engaged in an area which will eventually bring returns. Please do not marry while seeking employment oh!!!

Ms TrueTalk: Money matters! Even the bible says 'money answereth all things'! (Ecc 10:19); at the same time it says 'The love of money ‎is the root of all evil'! (1Tim 6:10) So, what does one do? Spend money, need money, but don't let it become your god!

In a relationship, you need money to buy gifts, no matter how little. Even if you don't have money ‎at first, there must be a plan, job or contract to make money in the near future. Not having money can be a sign of laziness in some cases.

I do not expect the man to be 'super-rich', but he should have sufficient funds to meet basic needs like food, clothing, shelter and others. Having more for things like vacations, luxury cars etc will definitely be a plus.

One: I think even for ladies, being broke in a relationship is tough business! To be honest, it's quite limiting... You keep wishing upon a star..

Miss Me: In a relationship setting I think that finance is an area where both should be willing to make sacrifices. So if one is not quite as "rich" as the other, then you should be able to cover the one you're in a relationship with. However, it's also unreasonable for us girls to demand more from a guy than he's able to!! In a marriage setting, really the finances should be equal territory!

Ms MIA: Hmmmm....This one is tricky! I say that because my father will not even listen to you if you bring a man that has no stable source of income no matter how small. He always says that there has to be a fall back somewhere.
Also, the presence of money is relative. If it means whether marriage can occur where the man is jobless, I will say yes. I've seen it happen but I will ONLY 'enter' if that man has a vision. I must also state that I must know that God is leading me there. You know it's easier to hear God when all the desired criteria are present...lol!
Seriously though, I think that a couple make up their financial purse together, therefore I'm working hard as he will be doing, to increase our finances. I will only go into that marriage if I know that the man is going somewhere; a man who puts his hand to work no matter how small - No shady or dodgy deals but he's not ashamed to work his socks off to provide for his family. A responsible man! 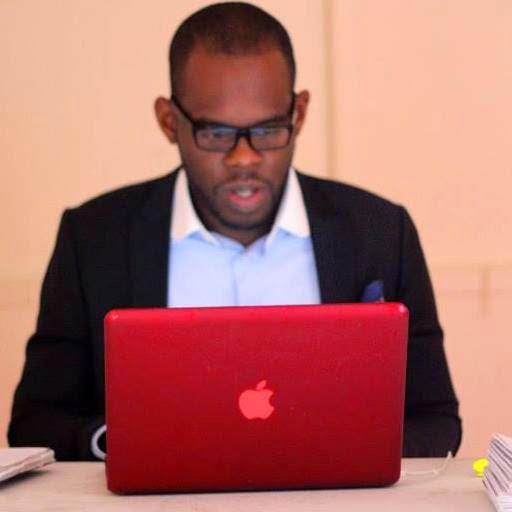 Mr Motivation: I am really looking forward to the contributions relating to the topic. Frankly, speaking, in as much as money should not be the sole object in relationships/marriages, I feel strongly that finances have a role to play in determining how 'sweet' a relationship/marriage will be. Often times I feel that men in particular believe that they must have billions before they can make a woman happy and so they shy away from giving little treats and waiting for when the money is complete in order to blow her mind with something special. But guess what, something will come up and chop that money....hahaha. I feel that when the most of little is well utilised, a right thinking lady would appreciate it no matter how little (ladies pls tell me I am right) except if her eyes are like 1999 Model of E- Class (aka Okpolo eye)....lol

One: Aww, give me a handkerchief, Nash has gone all emotional on us *sniff sniff* (ok, don't shoot me please lol)

LOL.. Thanks for keeping it short and sweet Ms Hope..
So, ladies and gentlemen, is that a proverb that is worth adhering to? What's your take on it? Please leave your comments and let us conver-sate! xx

Email ThisBlogThis!Share to TwitterShare to FacebookShare to Pinterest
Labels: Conversations with One