Case of the Ex 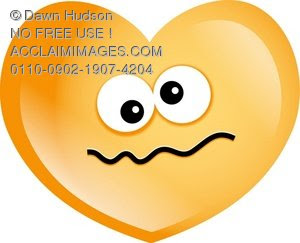 I just finished chatting with the ex.... He was the one I could say I was actually "crazy" about... There was just this connection that was special...He was the one guy that I was just soo attracted to.. Not because he was drop dead gorgeous (brother is good-looking though) but that wasn't the main thing, that's when I realised how the deeper you felt for a guy influenced how physically attracted you were to him...

So we were chatting on messenger today and catching up, laughing and stuff (even the littlest things are funny when we talk) I guess there's just this compatibility factor...

Yeah, so today I finally told him about the fact that I was seeing someone. I wasn't hiding it but we havent spoken in a while.. It was a bit...... I don't know..

I love my boyfriend but sometimes especially at this early stage, I get doubts sometimes (yeah, I was going to ask about that, is that normal at the beginning of relationships? Is it normal to ask questions like "have I made the right decision? Definately definately surely sure?) Like I mentioned in my earlier post here, though I sometimes have doubts, sometimes I am soo sure... So I was wondering if that was normal.. hmmm

I wonder, I just wonder (For those who watched "Third-Eye :-)