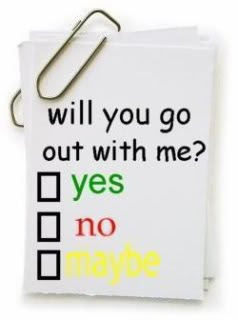 …So it would be good to first and foremost understand the concept of “fronting”. Fronting otherwise referred to as “forming” is a situation whereby an individual (most usually but not exclusively of the female specie) feels it necessary to act uninterested in a guy that she is (most often) interested in, in order to appear coy/shy/demure/innocent/unmoved by the said attention. In addition individuals arguably use this technique to make the interested party even more interested (!) or as a technique to “up” their individual value hence not being regarded as cheap.

A lot of girls would admit to having used this technique in the past, present or future. I myself have been known to be amongst the guilty (although that is still debatable). You see, ladies especially from my part of the world are encouraged to allow the man do the “chasing”. Doing things otherwise, people used to say (well some still say) is a shameless act of desperation! “Oh let him sweat before you agree to even give him your name” “make him wait, he would value you more”.

I know some individuals have perfected the art of fronting. Even if they are dying under with “love” for the interested party, they would absolutely refuse to show it but rather remain aloof to keep the poor person in suspense. Some see it as a power trip – whoever caves in first, loses! I know some people wait for the other to say “I miss you” “I love you” first so they don’t appear too keen and also to re-affirm their position as having the upper hand in a relationship.

I don’t mean to sound too harsh because indeed not all cases are extreme and negative. But sometimes I’m confused on what to think. What’s the real deal? Is it better to play the hard-to-get game or plunge straight in and be honest from the get? Does fronting equate to being dishonest, and is that not bad for a starting (is that a word? Lol) relationship? Also, it’s of concern to me that some people have abused the innocent and clean art of fronting that even when you are ABSOLUTELY NOT interested in the guy/girl, he/she is thinking “oh she’s just fronting/playing hard to get!”.. Oh I have quite a number of stories to that end. Sometimes such people would not go away except by praying and fasting! Is it not funny that it’s usually the ones that you really would NOT have anything to do with who stay the longest??

There’s the story of this guy who used to live close to me a while back whom I first met in church and all. We became friends but then he wanted more than that to which I refused. But this guy p.e.r.s.i.s.t.e.d! In return, I kept constant in saying no, but I guess he was thinking “just wait a few more weeks, she would come round”. Well this one didn’t quite “come round” oo. So after some time and I thought he had (almost) forgotten about going into a relationship, he said he wanted to talk to me. When we got talking, he said “see, I don’t like the way this relationship is going. We don’t spend time together etc etc” In my mind I was like “You what?? Are you having a laugh mate?” I didn’t know whether to laugh or be angry or just stare at him in amazement. Needless to say, I was (very) speechless!! So you see, moral of the story - you can actually be in a relationship with someone and not have a clue about it! lol
Posted by 1 + The One at 15:34:00