Converstations with One: Who Should Pay on Dates?

We are back with another edition of Conversations with One!! Here's the question for this week:


When dating/courting, is it alright to split expenses in half?
So, when we go out to eat or go on a date, should the man be expected to pay solely or should it be equal contribution from both man and woman?

Nike: My culture and religion forbid such act. The man is head of the family and should always take the lead.
The only reason I'll take up the bills when on a date is if I asked him out or I want to give him a special treat. A cultured man will even insist to pay.
Although, there might be a few exceptions when in courtship especially if it involves a large sum of money and you know he might not be able to afford it, then it's wise to make a contribution.

One: Ok, so I get what you're saying - The man should pay but on some occasion when you know his financial limitations, you can contribute...

Seriously though, if we're going on a date, then I believe Le Boo should pay... Once in a while (or maybe even more often), I will treat him out and then pay or after the date, take him to a movie and pay or do something and pay, but I don't believe it should be a 'requirement' for the date. Infact, if we do go out and the Bobo says can you pick up half the tab, I run..

Bodam: And before my modern ladies and gentlemen jump down my throat... Loool! I don't 'need' Le Boo to feed me - truth be told, I can afford whatever occasion out myself.

Bodam: ... But there is something so cultured and proper about a gentleman taking me out, opening my door, and treating me like a lady... And at the end of the date, that includes footing the bill.

One: Hmmm, I get what you mean. I used to think it didn't matter so much until I met some guys who haven't murdered chivalry and I have to say it was..... nice and refreshing. I felt like a lady (I didn't even know I wanted to feel like one lol)

One: *standing ovation*.. Loveeeet! It's not really about the money you're able to spend but the idea that you are mindful of treating me well and with courtesy.. That's not asking for too much right?.. But let's see what others have to say...

Isioma: I like Nikkysho's response - matter of fact. I Lol-ed at #Godforbid

Ok in my opinion I think it depends on who you're dating and your background.
My sisters from the West side may say yea sure, it's an equal world why not? Although I have a few West side sisters who are still very traditional. Then my sisters from downtown (youknowwahamsaying) will say nah nah nah! 'He the man, he gotta pay the bills.'

One: Lol.. Alright, go ahead, give us the West side / Downtown analogy!

Isioma: Speaking as a downtown sister, I won't split the bills. The men I know are raised to be caretakers, they know how to handle their business and matter of fact, they take pleasure in taking care of their women. It may even hurt their ego if you attempt to or suggest a split the bills.
'Christianly' speaking, men have a large responsibility as 'caretakers' and God didn't make a mistake when He brought Eve to be the 'helpmeet', so I quite like to help only where necessary.....lol! I mean the occasional surprises and gift buying are most definitely recommended but not a conscious bill split. Call me traditional but I'm sticking with it.

One: Lol @ where necessary. But I get what you mean about men's egos being hurt, I have met one or two like that. The truth is that I have found that many men in Nigeria are still quite 'traditional' when it comes to that. However, it comes with a price..  They are traditional in ALL aspects.. So if you want him to pay all the bills, be ready to spend quality time in the kitchen :-) (not in all cases though).

Isioma: From what I've sometimes seen and heard, two things happen when she splits the bills.
1. He feels slighted and thinks she's proud/pompous
2. He becomes lazy and sees you as his ATM

One: *let me cut in for a second* - Really? He thinks you're proud/pompous?! Guys, I need your take on this - true or false?? - Alright, kwantinu please.. 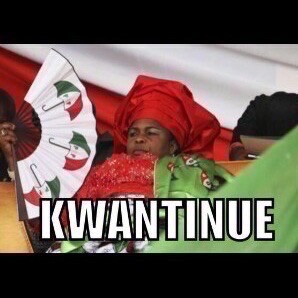 Isioma: You don't want either of the two options so I'll say, know who you're dating - is he from the West side with a 'modern' ideology (in which case- sorry oh) or does he like to take care of his woman like my downtown brothers? Also, is he genuinely broke and really needs your support? In this case you gotta be very careful too so you don't hurt his ego in doing good. Maybe that dinner can turn into a chill-out movie night on the couch to save cost #justsaying.

If they're a Christian couple, then let's be frank: too many chill-out movie nights on the couch to cut costs may lead to some other extra curricular activities to "save on heating".. Loool!

Isioma: LOL.. I have to say though that when you're courting, the ball changes. You can help with some things especially in planning your wedding or investing into your future home but then again, be wise!

Bodam: Bottom line, as you've said - in all things there should be a balance. Be creative! If money is an issue, then learn to date on a budget! Thank God for the Internet, there are so many creative things one can do that don't cost so much...

A friend told me a story... She went on a date... At the end of the meal, bobo took the bill and placed some money into it, then pushed it to her side of the table for her to cover the rest! Haaaa... After all the pleas of "can I take you out"?! Loolll

Wisdom is profitable to direct... :-)

Alright ladies and gentlemen.. Over to you. We'd love to get your thoughts on this one.. Do you agree or vehemently disagree? It would be great to hear from the men as well! Do you think it's ridiculous to be expected to pay for most of your dates or that it's only wise to split things in half?

Remember that 1 + The One is very social :-) Please connect with us on:

Also, if you have any question or comment please send us an email too - oneplustheone@gmail.com

You can read the profile of the Conversations with One panel HERE
Posted by 1 + The One at 12:05:00

Email ThisBlogThis!Share to TwitterShare to FacebookShare to Pinterest
Labels: Conversations with One